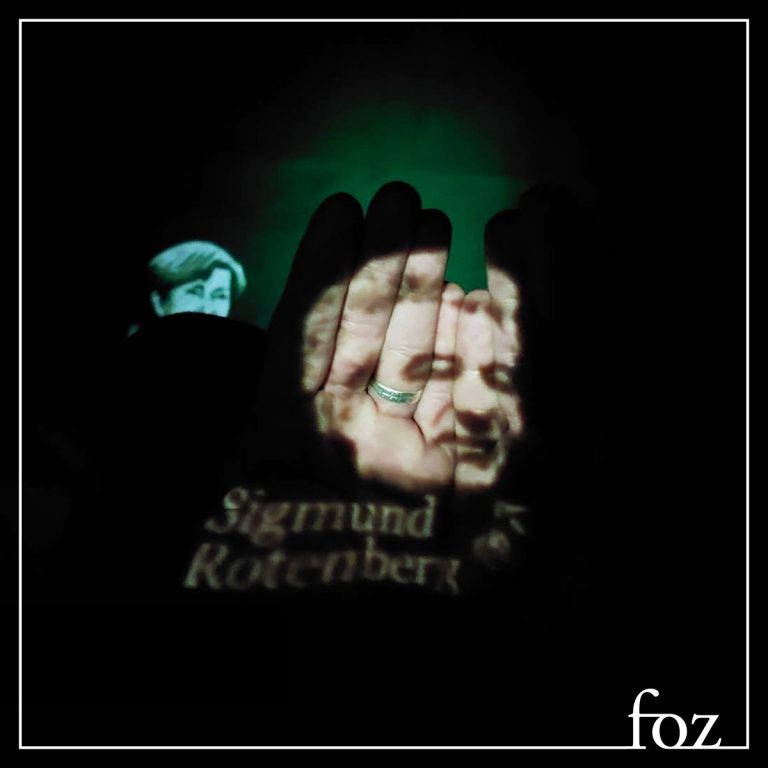 We had an amazing experience here at the Friends of Zion Museum, that was like a scene from a movie: Emily Rotenberg, a young Jewish woman from Los Angeles visited us and was surprised to discover the image of her grandfather, Sigmund Rotenberg, a Holocaust survivor, who died 4 years ago – in the palm of her hand.

We at The Friends of Zion Museum present a technologically advanced and interactive experience that tells the stories of Jews and non-Jews who together realized the dream of a Jewish national home.
Emily arrived at the “Lights in the Dark” exhibition that talks about the Christians who saved Jewish lives during the Holocaust. At the end of the presentation, the guests are asked to put both hands forward and see images of Holocaust survivors who were saved by Christians projected on their hands. Emily was amazed to discover in her palm the picture of her grandfather, who was indeed saved by a Christian priest. Emily burst into tears of excitement.
Emily’s grandfather, Sigmund Rotenberg was 8 years old in the Holocaust. He was saved by three brothers of the Celis family, all priests, who hid him and his family members for years in Belgium and literally became his family. In 1980, Yad Vashem recognized Yosef, Louis, and Hubert Celis as Righteous Among the Nations.
“I never imagined that I would see him here at the Friends of Zion Museum. I felt as if something or someone directed me on this day so that I would receive a greeting from Grandfather Sigmund.” Adds Emily: “My grandfather passed away 4 years ago from cancer after a year of being ill. We were very, very close. I miss him so much. We didn’t plan to visit the Friends of Zion Museum, I wanted to sit in the second row and in the end, I stayed in the first row so as not to disturb the rest of the group. What are the odds that the picture of my grandfather appeared exactly where I was sitting. Crazy!! I don’t know about the afterlife, but everyone will say that it is really a very, very, very unique coincidence.”