In 1984, Sudan was in the middle of a civil war which caused a major famine. This was an opportunity for the State of Israel to recollect more of the Jewish people. In November 1984, the State of Israel would airlift some 8,000 Ethiopian Jews (or “Falashas”) from Sudan back to their homeland, the Land of Israel.

The Second Sudanese Civil War (1983-2005), was a sectarian conflict which did not involve the Jewish people, though the famine caused by the war was devasting to them. Not to mention that there were reports that Ethiopian Jews were being targeted by local gangs and other armed factions. The mission of airlifting the Jewish population came from Associate U.S. Coordinator for Refugee Affairs Richard Krieger. This led to the Israeli cabinet meeting in November to commence “Cub of the Lion of Judah” which later became “Operation Moses.” 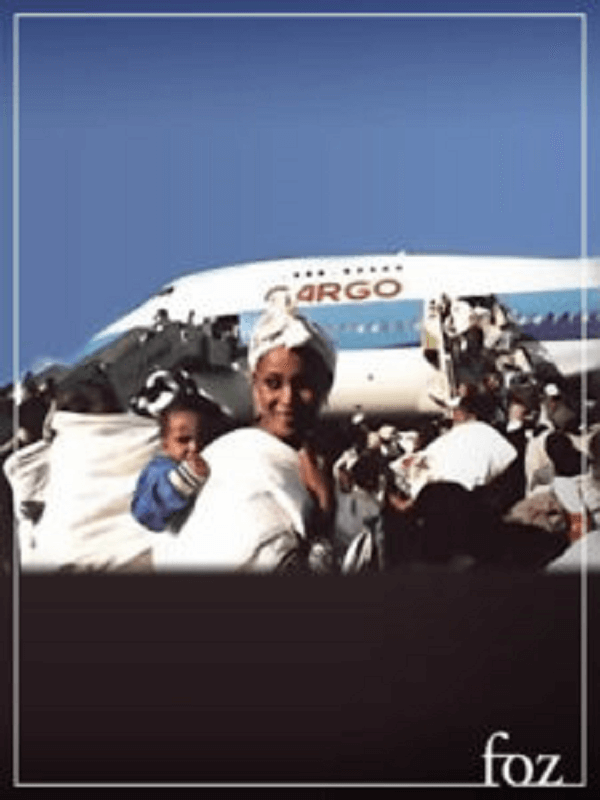 The operation to bring them home was a joint effort of the Israel Defense Forces, the American Central Intelligence Agency (CIA), the United States Embassy in Khartoum and Sudanese state security forces. The Israeli airlift began through Trans European Airways; over seven weeks 30 flights were flown with about 200 people each.

Operation Moses was also a mission that had to be done in secret. The Sudanese government did not want their neighbors or allies to know that they were working with the Israeli government to assist in rescuing these Jews. The mission was one of joy, coming home as well as to a vibrant society, unlike the atmosphere of a long-lasting civil war. Though, on the way to Israel, it is estimated that as many as 4,000 Ethiopian Jews passed away.

On Friday, January 5, 1985, President Shimon Peres held a press conference where he confirmed that the State of Israel had been airlifting Ethiopian Jews from Sudan and bringing them home to the Land of Israel. Once the news had reached the Arab states, Sudan immediately canceled cooperation on the airlift.

In 1991, the State of Israel attempted to bring in more Ethiopian Jews, this time the ones from Ethiopia. The Israeli government as well as the Israel Defense Forces, brought over 14,000 Ethiopian Jews in less than 36 hours. The mission was given the name “Operation Solomon.”

The Friends of Zion Museum in jerusalem honors Operation Moses and the following operations that helped save the Jewish people in critical times and allow them to return to the Land of Israel.