Those familiar with the surrealistic output of the eccentric 20th century painter Salvador Dali (1904-1989) — known perhaps most widely for his depictions of limp watches — would find it surprising that the great Spanish artist actually produced a series of paintings on the theme of the historical connection of the Jewish people to the land of Israel. How did this come about?

The paintings were commissioned by Shorewood Publishers for the 20th anniversary of the state of Israel in 1967. The set is comprised of 25 mixed-media paintings highlighting important religious, historical and political moments in Jewish history. The series, called “Aliyah, the Rebirth of Israel,” received a special endorsement from Israel’s first prime minister, David Ben-Gurion. Shorewood exhibited the original series in a New York museum, but each piece was then sold to private collectors. Their locations remain largely unknown. 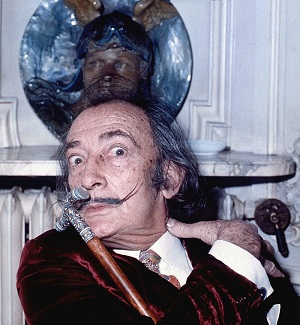 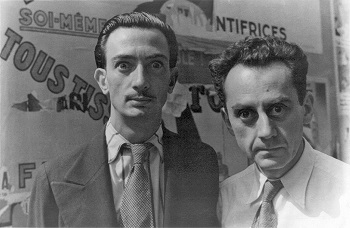 Fortunately, however, 250 sets of prints of the collection were made, one of which was owned by New York art dealer Hillel Philip, who organized a private showing of selections from the set.in New York City in 2016. “You have all of Jewish history, all the dreams of the Jews for 2,000 years, in these paintings,” said Philip at the time.

Many people who came to the Philip Show expressed their surprise over the artist’s connection to Judaism. In fact, Dali did not have a connection to Judaism, but succeeded in grasping the connection between the Bible, the Jewish people and its history, and the land of Israel. Every painting is accompanied by a biblical verse ascribed to each work by the artist. Subjects range from broadly biblical to contemporary.

According to some scholars, Dalí was an anti-Semite, due to his involvement with the dictator Franco in Spain, who collaborated with Hitler, but he perhaps had a change of heart in the 1960s when he saw biblical prophecies coming to life in the rebirth of Israel.

“Aliyah” is not his only Jewish-themed work: He produced other paintings, as well as two sculptures, “Menorah” and “Western Wall,” whose images he licensed to a man named Jean-Paul Delcourt in 1980.