Not all heroes wear a cape. Some heroes don’t need a cape to be iconic figures in this world. Deeds and behavioral disposition account for setting the standards of a person everyone else to exist and yet to come can look back. Paul Grüninger is one of them. He is an epitome of benevolence towards humanity irrespective of race, color, creed, or culture. Paul Grüninger is the reason why thousands of Jewish people got to live their lives. Learn more about a man who proved that heroes could be ordinary people, too, without superpowers. But they have special powers: love for humankind and willingness to help others.

Paul Grüninger was born on 27th October 1891 in St.Gallen, Switzerland. He had a side passion for football also. Before becoming appointed as a commander and a police lieutenant in 1925, he worked as a school teacher. He was a kind-hearted gentleman. It made him a hero. 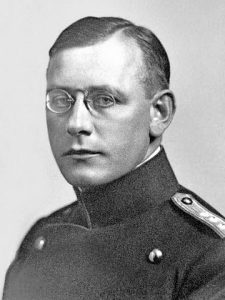 When Austria got annexed to Germany, Switzerland decided not to allow anyone without appropriate entry allowances to enter Switzerland. 1938 opened gateways to difficult times for Paul Grüninger. On one side, there was a holocaust killing numerous Jews in Austria. On the other side, the Jewish refugees fleeing to Switzerland were not getting accepted.

In the October of 1938, Switzerland and Nazi Germany had some agreements. According to these agreements, the German passports of Jews got stamped with a “J”; it invalidated their passports. The Holocaust by the Nazis intended to kill all Jews in Europe.

Paul Grüninger was a 47-year-old man when he was struck with the pain of seeing watching Jewish men, women, and kids die in the genocide. He could not have withstood such a terrible reality. Without caring about the commands he had from higher officials, he allowed the Jews fleeing to Switzerland to live there. For this to happen, Grüninger falsified the passport documents; the situation looked like the refugees had fled to Switzerland before the October 1938 agreement.

The Later Suffering of Grüninger’s Life:

He got fired from his post. He got no retirement perks, was fined, and was pushed to pay the trial expenditures. He could not find a good living as he got no job hiring.

To keep your interest in exploring more about Righteous,  we invite you to visit FOZ Museum in Jerusalem  a place thay tells the entire story of Israel and the people who helped along the way, from the story of Abraham, through WW2 till the establishment of Israel.