In Northern Israel, located in the Jezreel Valley not far from Nazareth, sits Ramat David. Ramat David was founded in 1926, has an airbase and a population under 500 residents…its significance? It is named after David Lloyd George, former Prime Minister of the United Kingdom, who played a vital role in helping the Jewish people return to the land of their forefathers and foremothers, the Land of Israel. Like so many Christian Zionists throughout history, David Lloyd George is presented at the Friends of Zion Museum, by virtue of another incredible Christian Zionist Dr. Mike Evans, Founder of the Friends of Zion Museum, a must-see site in the heart of Jerusalem. Lloyd George is properly recognized as one of many important visionaries on the path to Israel’s founding. 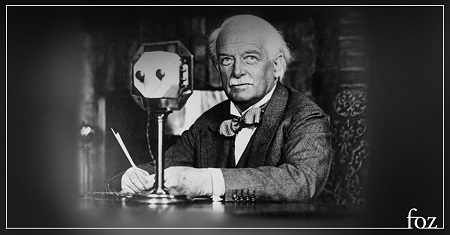 Speaking at an event given in his honor by the English Zionist Federation in 1931, former Prime Minister David Lloyd George spoke with great appreciation. He conveyed his gratitude to the Jewish community of Palestine for honoring him with the Kibbutz Ramat David. George reconfirmed his commitment to Palestine as the national homeland of the Jewish people, though he also expressed his belief that as a Christian the Land of Israel holds a great amount of meaning for himself and other Christians. “You will not be offended, he went on, if I tell you that the names of these valleys and hills in Canaan are as sacred to the Gentile as they are even to the Jew. I heard of Jezreel and Esdraelon, of Carmel and Zion before I knew of the existence in my own land of the Valley of Glamorgan or of Plinlimmon. I am deeply gratified that you should think service such as I was able to render to the idea of a Jewish National Home is worthy of such commemoration.”

As the former Prime Minister continued his speech to the English Zionist Federation, he reminded them about his key position in laying down the ground work of a Jewish state. Before the location of that Jewish state was declared as Palestine, Lloyd George worked as a legal advisor for Theodor Herzl, the founder of modern political Zionism, to help convey British support for Jewish autonomy in Uganda. George took great pride in his role to help bring about the 1917 Balfour Declaration, Great Britain’s promise to the English Zionist Federation and the Jewish community of Palestine that a Jewish homeland would be established with the help of the United Kingdom. At the event George proudly stated “I was Prime Minister of this country when the idea of the Jewish National Home took form as an act of State policy in the Balfour Declaration, and I presided over the Councils of the Imperial Cabinet which gave expression to that policy and secured for it the sanction of our Allies. I was the principal delegate of the British Empire at San Remo where the Mandate for Palestine received its final shape and was conferred upon Britain.”

In the early years of Zionism, moving to the region of Palestine was one of struggle. The land was relatively far from most Jews in Central and Eastern Europe, and once one reached the land of Zion they faced harsh terrains and tough physical labor in order to develop the land. The policies and events that occurred in the early 1920s greatly affected the circumstances that led to the modern State of Israel’s establishment. One appointment that brought the Jewish community of Palestine substantial relief was of Herbert Samuel.

Today, the name “Herbert Samuel” is known as a nice hotel in Jerusalem located right down the block from the Friends of Zion Museum, but the dedication and contribution of the hotel’s namesake will never be forgotten in Jewish history. He was a key figure in bringing the Balfour Declaration to light as well as the 1st High Commissioner of Palestine from 1920-1925. While the appointment of a Jewish person and a commitment Zionist as the High Commissioner of Palestine was very significant. He was the first Jewish person to govern over the Land of Israel in 2000 years. Samuel did not take the position lightly, he expanded Jewish immigration quotas and worked closely with the Zionist leaders and the Jewish community. Though his work was very beneficial to the Jews of British Mandate, he also tried to keep an even hand and work with Arab leaders as well.

As Prime Minister of the United Kingdom, David Lloyd George proved to play a significant role in World War I as well as the period immediately after, which concerns the 1920 creation of the British Mandate of Palestine. He was active in forming a Jewish National Home policy that called for the established of a Jewish homeland in Palestine, a stance which legitimized the Zionist dream. George’s appointment of Herbert Samuel as the 1st High Commissioner of Palestine in 1920 was a bold move that gave the Jewish people an ally who could provide beneficial policies in a region plagued by instable regimes as well as internal strife. We at the Friends of Zion Museum thank former British Prime Minister David Lloyd George, without his boldness and belief in the Zionist vision, the Jewish state certainly would not have become a reality.

The Friends of Zion Museum fights anti-Semitism and commemorates the non-Jews whom have assisted and influenced the Jewish people’s return to their homeland. Dr. Mike Evans, the founder of the Friends of Zion Museum, has been able to mobilize the museum’s 39 million supporters globally via social media to actively stand up for Israel and the Jewish people. The museum has also become one of the central institutions in the State of Israel influencing the world and strengthening Israel’s relations globally while fortifying the pillars of the State of Israel. The museum has hosted over 100 diplomats such as US Ambassador David Friedman, Israeli President Reuven Rivlin, and tens of thousands of Christian and Jewish leaders, NBA and NFL superstars, leading Hollywood actors and singers and has become a must-see site in Jerusalem.