Frank Sinatra was one of the greatest popular singers and award-winning actors of the mid and late 20th century. Less known is that he was also a faithful friend of the Jews and an avid supporter of the State of Israel.

He participated in Hollywood protests and productions supporting Jews during the Holocaust and later for the establishment of the State of Israel. He actively fund-raised for Israel Bonds, the Hebrew University of Jerusalem, and the Simon Wiesenthal Center, and helped establish two intercultural centers in Israel which bear his name.

Sinatra, from a Hoboken, New Jersey, Italian Catholic family, became friendly with Jews in his youth. He despised people who referred to Jews, blacks or any other ethnic group in a derogatory manner. 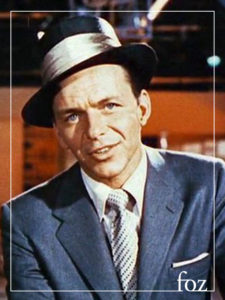 In 1943 he joined the national tour of We Will Never Die, a four-month, six-city dramatic pageant staged by Ben Hecht to focus public attention on the Holocaust In 1945 Sinatra starred in The House I Live In, a ten-minute short film about anti- Semitism and religious intolerance that won an Honorary Academy Award

In September 1947, when the United Nations was weighing ratification of its Partition Plan for Palestine which would create a Jewish state, Sinatra performed at an Action for Palestine rally at the Hollywood Bowl that drew 20,000 supporters.

Sinatra was personally involved in a clandestine operation in New York City in  March 1948 on behalf of the Haganah, Israel’s pre-state defense force., After meeting with Haganah representative Teddy Kollek, and hearing from him of a problem in getting arms shipped from New York to the yet-to-be-born Israel, Sinatra agreed to convey the cash needed to get the shipment on its way despite a US embargo.

In 1962 Sinatra visited Israel for the first time, giving seven concerts, including one for Israeli troops. He made several subsequent visits and donated to the establishment of a number of cultural and charitable projects there. In 1978 he participated in the dedication of the Frank Sinatra Student Center at the Hebrew University of Jerusalem. He won many awards for his support for Jewish and Israeli-related causes.

“Mr. S adored Israel, and Israel adored him right back. Here was a whole country of underdogs and survivors, the people Sinatra respected most, people like himself who had beaten the odds…We often returned to Israel, which Mr. S decided was his favorite country…He donated big money to Zionist causes, and would plug the place every time he had a chance.”

Ironically – and perhaps fittingly – Sinatra died at age 82 on May 14, 1998, the Golden Jubilee anniversary of the birth of Israel, the country he loved so much. In the words of the song so closely identified with him, he accomplished a great deal, and he did it “his way.”