The Israeli Government Press Office launched its fourth annual Christian Media Summit, hosted by the Friends of Zion Museum in Jerusalem. This is the second year in a row that the GPO has partnered with FOZ for this incredible event. Due to Covid-19, the event was held as a virtual summit. It was without a doubt the most successful social media event ever hosted in the State of Israel, with more than 10 million viewers, seven million of them via the Jerusalem Prayer Team’s Facebook page alone.
Prime Minister Netanyahu, President Rivlin, US Ambassador to Israel David Friedman, and leaders from throughout Israel and worldwide participated. Dr. Mike Evans, the founder of the Friends of Zion, linked the event to the largest pro-Israel social network in the world with 74 million followers.
Evans congratulated Nitzan Chen, Director of the Israeli Press Office, for this astonishing achievement. Mr. Evans said, “The idea was not mine. It was Nitzan Chen’s idea to host the virtual summit. We just had the honor of partnering with him.”
Nitzan Chen, Director of the Israel Government Press Office said, “Close to 10 million views attest to the strong bond between Israel and the Christian world. We look forward to hosting the fifth Christian Media Summit physically in Jerusalem next year, with a wider and broader participation of our Christian colleagues in the media.” 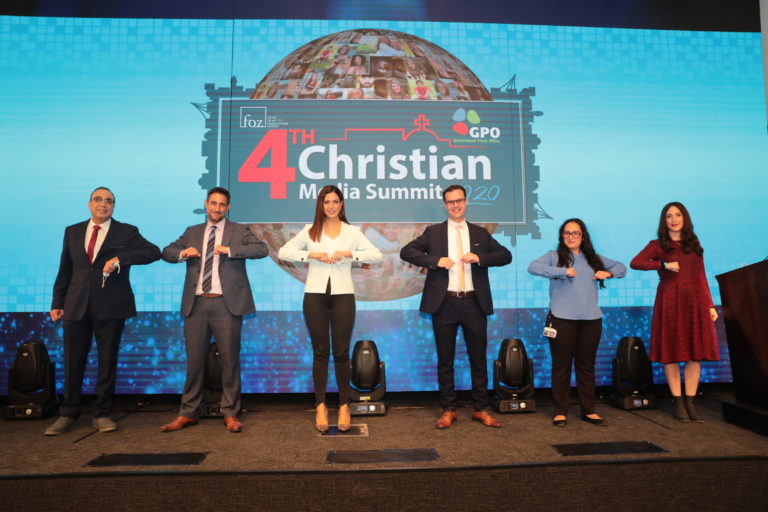 Gordon Robertson, President of CBN, and broadcasters from throughout the world participated along with Israeli military, business, education, and political leaders. Evan said, “To understand the significance of seven million viewers, one only needs to understand how this viewership compares with major television networks. For example, Fox News is generally under four million viewers.

In addition,” said Evans, “no network in the US, whether ABC, NBC, or CBS has seven million nightly viewers. The new wars of the 21st century are media wars. The portal to fight those wars is social networking.”

Evans continues, “Social media has surpassed print media globally. Just in America, 62 percent of US adults get their news from social media. It’s virtually impossible to communicate with the youth of the world outside of social media.”
Because of this, Evans and his organization have invested $100 million in building a social network-enhanced campus. Initiatives include the Friends of Zion Heritage Center, which includes a world-class Communication Center, an Ambassador Institute to train Christian ambassadors via social networking to combat anti-Semitism worldwide and support the State of Israel, and a Research Institute, along with the Friends of Zion Museum.T