Land of the Promise

Lights in the Darkness

The Hall of Visionaries gallery is a giant, colorful mural, but essentially different than any other due to advanced technology. This hand-drawn mural by a team of artists has been transferred to 36 LCD screens, linked together seamlessly, projecting motion and text upon touch.

Touching any of the eleven figures – heroes of Christian Zionism – on the mural triggers animated motion of the figure plus a brief text, telling about the figure shown on the screen. Along the mural are quotes from classical Biblical sources speaking of the return of the Jews to their homeland. 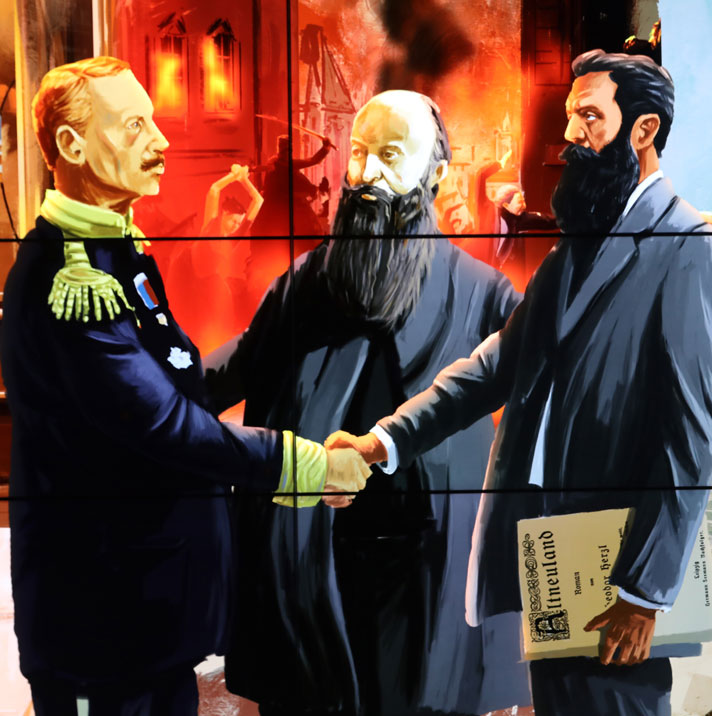 Winston Churchill was impressed with the success of the Jewish settlers

It is manifestly right that the scattered Jews should have a national center and a national home.

He told Chaim Weizmann he believed the Jewish state should include all of Western Palestine and proposed his own Jewish-Arab partition plan.

This Visionaries gallery is an “action mural” in more than just a technical sense. It is a natural follow-up to the previous Dreamers gallery, for here, one meets people who carried the dream further into a vision of a Jewish state reborn through their advocacy and actions.

We meet stalwart Jewish homeland supporters such as former British Prime Minister Winston Churchill, Queen Victoria, British Foreign Secretary Arthur James Balfour, as well as US President Woodrow Wilson, Edward Robinson of the US, and Walter Clay Lowdermilk, the US expert who developed the water plan that was used in the early days of the State of Israel. 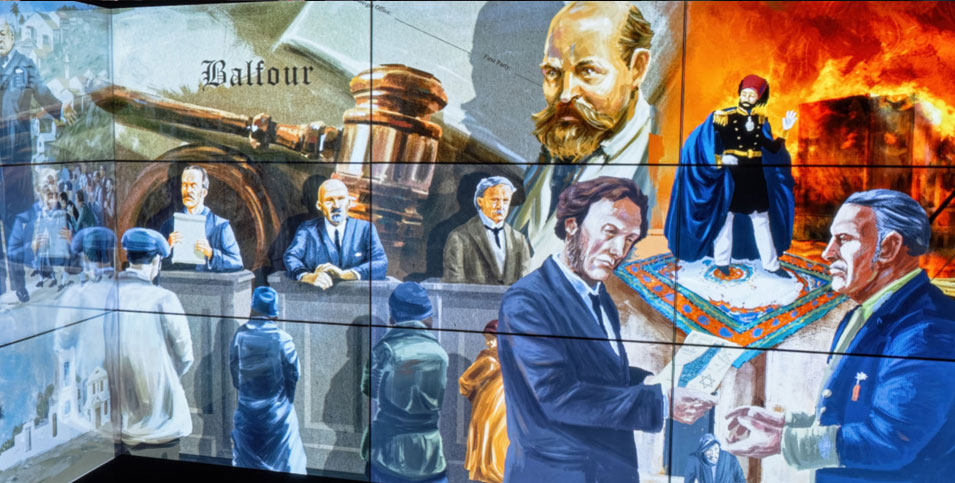 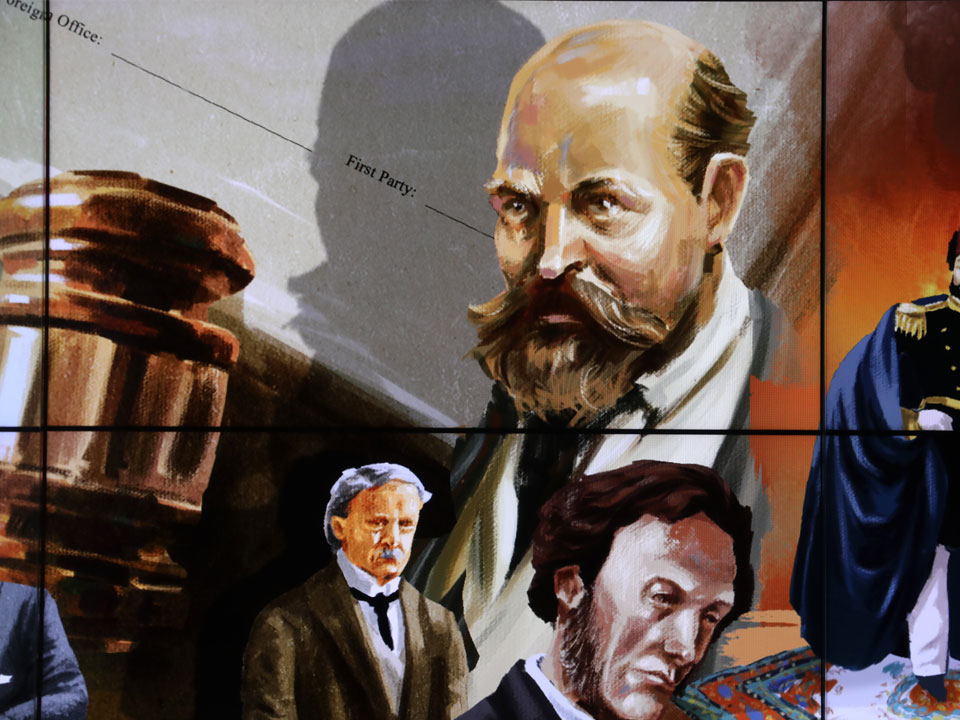 Tower and stockade – The Jewish pioneers

In addition to the giant touch-screen mural, a monitor in the gallery shows authentic black and white footage of the early settlement efforts of Jewish pioneers in pre-state Israel. Many of them were actively supported by the Visionaries honored here.

The Vision was indeed on its way towards becoming the rebirth of a Jewish state after nearly 2000 years of exile.

Christian Zionists in Realization of the Dream

In addition to the giant touch-screen mural, there is also a monitor in the gallery showing authentic black and white footage of the early settlement efforts of Jewish pioneers in pre-state Israel, many of whom were actively supported by the Visionaries honored here.
The Vision was indeed on its way towards becoming the rebirth of a Jewish state after nearly 2000 years of exile.